Sort By
Filter By

Do you want a new shower? Then look no further than the comprehensive range offered by Kinedo. Modern lifestyles are changing from those of our parents and grandparents and as these lifestyles change we no longer consider the inclusion of en-suite facilities or shower rooms to be out of the ordinary. No longer do we consider that the shower room or bathroom to be the poor relation of the home in terms of style, décor, or functionality. Installing a new shower in your home need not be difficult, more so with Kinedo who have made the process very easy. With the Kinedo installation, there is no need for grouting so you will no longer see the mould growth that can be associated with this and there can be no colour deterioration that can sometimes be seen with traditionally tiled shower enclosures. With the Kinedo shower cubicle there is no silicone sealant which means that, over time, you will not see unsightly dirty sealant that can occur if this was used and would require replacement. 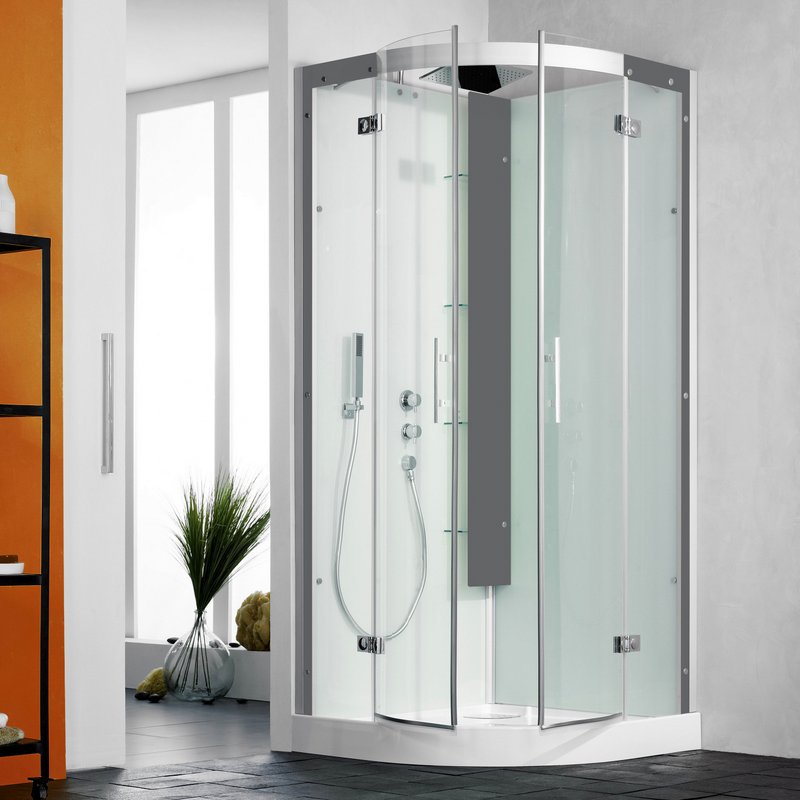 The whole new range of Kinedo shower cubicles can have stylish frosted or clear glass panels, as well as teak effect wooden accessories such as seats and floor decks. All shower cubicles offer a range of door options including pivot, sliding and bi-fold. Perhaps you might want to have the luxury of a full hydro massage system which includes the luxury of a thermostatically controlled valve and shower kit, incorporating body and back jets. Alternatively, you may wish to go for the ultimate in luxury showering and have your own steam room. The Opus range of shower from Kinedo offers this to you, featuring a self-draining 2.5kw steam generator, delivering steam at a pleasant temperature, which is preset giving you a luxurious steam shower. All the range of Kinedo shower cubicles can be fitted to any floor or wall finish and are completely self-contained. Should you not have spare space, or your bathroom not be roomy enough to have a separate shower cubicle, an over bath shower with a glass screen could be the answer. Kinedo offers six bath screens to suit most installations including curved or corner baths. The panels can be a single hinged panel, folding, decorative etched and can be offered with a fixed towel rail attached. Whether you seek a conventional tiled shower enclosure or self-contained shower cubicle Kinedo offer a range for almost any situation.