Our team is constantly checking other peoples prices so you don't have to! If you did see a price cheaper online we offer a price match promise, for more information click here.

Add some German efficiency and reliability to your new shower design by opting for wedi. The Riolito Discreto shower drain is installed on the wall rather than in the floor, this is a simple upgrade which is then bonded to one of 2 wedi shower bases: The wedi Riolito Neo or The wedi Plano Linea. This is simply welded on with wedi 610, and can be fitted under the wedi bench or within a wedi wall ready for tiling. All this comes with the peace of mind that wedi is 100% waterproof!

wedi allows you to be creative in your new shower or wetroom, as it is designed to be tiled over you can create endless looks, shapes shelves and all sorts of sized rooms can be catered for. The advantage of a wall drain is it remains out of the way so it isn’t underfoot when showering.

The cover is easily clipped out for full waste access and easy cleaning. You can choose from 3 sizes to go with the Riolito Neo or Plano Linea shower bases, 800mm, 900mm or 1000mm. You can also install more than one waste for a large showering area as illustrated for 2 trays. The channel cover is included, and the surrounding material is waterproof XPS core wedi board, allowing it to be bonded into other wedi components.

Your shopping basket will automatically update the shipping charge you pay as you add items. You will only pay once for delivery depending on the items you select. For shipping to Northern Scotland, North Ireland or Europe please select from the delivery dropdown on the basket page.

Got a problem with an order? We make returning a product easy using our aftersales page here.

This product is yet to receive any customer reviews...

We're so confident that our prices are the lowest, where possible we price match any cheaper price you find online.

ukBathrooms.com is one of the country's biggest and longest-running bathroom websites. And because we buy in large quantities and only sell through our website, that means we can offer discounts of up to 50% compared to the high street.

We're so confident in our prices, we include a price match with everything we sell.

In the unlikely event that you find a product cheaper, we'll happily refund the difference. Just make sure that:

We are very much 'Business as usual'. We have put in place contactless deliveries, protected our staff, deliveries are going as scheduled and stock levels are good.

Finance Available from £ per month

This Product can also be found in

Contact our helpful support team by emailing them at [email protected] and they will do their best to help. We don't have any sales people - just helpful people who know all about bathrooms.

Save money when you buy your entire bathroom from us. With our basket discount, no matter what you add to the basket the more you spend the bigger the additional discount is. To qualify for our first additional discount level you need to spend £1000. 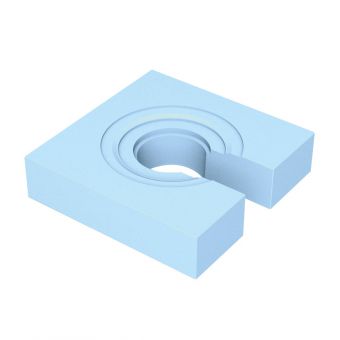 wedi Fundo Plano Linea Shower Base with Waste
From £724.24 inc.VAT Spread the word on 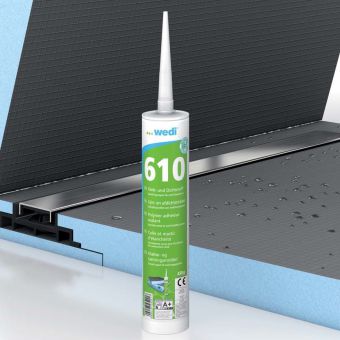 wedi board BA Construct for Curves
From £58.08 inc.VAT 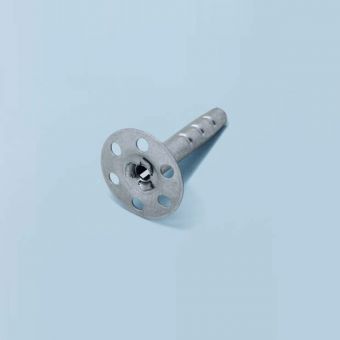 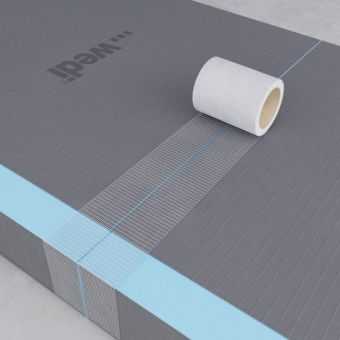 What does this mean?

We have this item in our warehouse in Ripon or will be in stock within 1 day with more than 5 available to order.

We have this item in our warehouse in Ripon or will be in stock within 1 day with fewer than 5 available to order. So we would encourage you to place your order as soon as possible to secure the stock and avoid disappointment.

This is not something we stock as it is a specialist item but we can order it for you. Our lead time estimate is based on our usual experience when getting this item from the manufacturer or national supplier. Being one of the largest branded bathroom eCommerce sites means we can source these items to order faster than most showrooms or e-commerce sites.

This is an item the manufacturer would produce to order for you. As this would need to be manufactured there would be a longer lead time than an in stock or an available item.

This item is currently unavailable with either ourselves or the manufacturer. If you need something quickly we would always suggest checking our UK Bathroom Express section here. If you would like to be notified of when this item is available again please email [email protected].

Please Note: All lead times are based on working days and do not include weekends, bank holidays or Christmas week.