Bidet mixer taps mix a hot and cold feed and allow the perfect water temperature to be achieved before cleaning. Single lever bidet taps feature a single control which can be turned one way or the other to adjust the temperature. They can help you achieve a more modern bathroom look. Dual lever bidet mixer taps tend to offer a little more control than their single lever counterparts. They help achieve a more traditional look and many manufacturers offer models with vintage and period styling. Mixer taps with pop up wastes are worth considering as they allow you to fill the bidet to give it an extra clean. 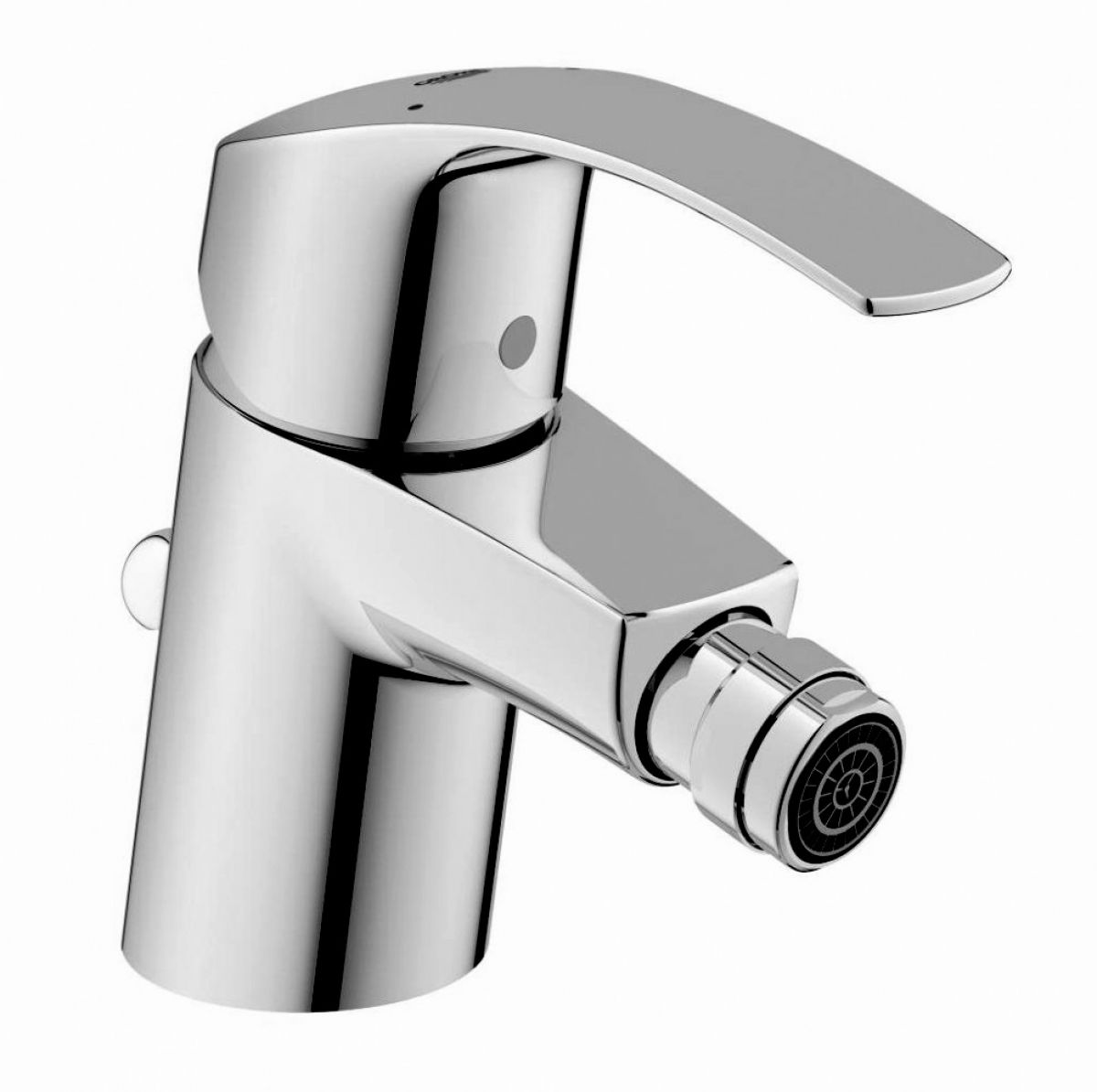 At UK Bathrooms, we work with some of the best designers in the business to offer top quality bathroom products to our customers. We stock a range of bidet mixer taps at affordable prices, allowing you to choose from a varied selection. We also provide free delivery on selected products to save our customers even more money.

Both modern and traditional mixer tap styles are available. You can use the UK Bathrooms website to search through our various products and filter results by categories such as fitting, pressure, colour, brands, price, and application in order to find the perfect options.

The Bristan Java Bidet Mixer with Pop-up Waste is a popular style with an affordable price tag. The tap comes in chrome and has a ceramic cartridge operation, providing low pressure. The Pegler Monobloc Bidet Mixer Tap is one of the cheapest within this range and is a curved bidet mixer tap with pop-up waste included. Other brands available on our website include Aqualisa, Phoenix Whirlpools, Britton Bathrooms, Ideal Standard, Grohe, Imperial Bathrooms, and Roca, amongst many others. This provides you with an array of brands to choose from.

At UK Bathrooms, we provide easy returns and various payment options, including spreading the cost out via Pay4Later. Due to our ‘never beaten on price’ guarantee, we save you a decent percentage off what you would expect to pay elsewhere. We also pride ourselves on providing speedy delivery with reliable and trusted couriers, and dispatch items to customers as soon as possible.

What is a bidet tap?

In order to discuss bidet taps, you have to begin with the bidet first.

A bidet is a short, relatively narrow pan that’s placed to the side of a toilet in a bathroom. You’ve probably noticed them in public restrooms when travelling abroad, as they tend to be more popular in continental European countries especially.

With a bowl and tap, it’s used to clean yourself after using the toilet. Many people find it more comfortable and efficient than using toilet paper, not to mention a means of saving money on the latter. Others prefer to use it as an extra.

It’s also widely believed that a bidet is more hygienic than using toilet paper. This is because whereas the latter can technically spread bacteria around, the former douses it with water and washes it away.

Bidets are also more convenient for people with certain physical conditions that limit their range of movement, as well as others with medical conditions affecting their genital area. Some people with developmental disabilities such as autism also find them easier to use.

Factors to consider when buying a bidet tap

Price, reliability, colour, brand, ease of fitting - these are all common considerations you would have to make when buying any new bathroom appliance. Yet with bidet taps, there are some more specific things to bear in mind.

Various traditional and contemporary designs are available on the market, meaning that you need to decide from the off what type of overall look you want to go for with your bathroom as a whole.

Some come with dual levers, whereas others opt for a single one. Certain taps offer pop-up waste functions - as opposed to more conventional free flowing drainage systems - while others provide features including an anti-splash mechanism.

And finally, you’ll find that some bidet taps only need the lightest amount of pressure applied, whereas others require a far more forceful approach.

All of these considerations need to be taken into account when purchasing your first bidet tap. To help you, let’s have a look at some general types that are available to buy, as well as how major manufacturers weigh up against one another in this respect.

Featuring a single lever which can be turned one way or the other to adjust the temperature, single lever bidet taps offer a more streamlined, space-efficient appearance. Sometimes employing a sleek, block design, they often appear quite art deco and help your bathroom exhibit a more modern feel.

Dual level bidet taps tend to offer a little more control than their single lever counterparts. Many people also feel that they provide a more traditional, “complete” look, one that would fit into an older, well-maintained bathroom, for instance. This is helped by the fact that they often come in vintage styles, emanating designs from a century or more ago in a way that can add a touch of class to your room.

A pop-up waste feature often involves having a lever at the back of the tap which, when pressed or pulled, allows you to drain the water away. The alternative in this case would be a free-flowing drainage system, which is the standard for most bidets. Pop-up waste options are convenient for allowing you to fill your basin with water, thereby giving it an extra clean. But ultimately, it’s a matter of taste and whatever works best for you.