From large overhead Victorian style shower heads to hand held showers with ceramic handles, there are a wide range of traditional showers available in a variety of finishes including nickel and gold. 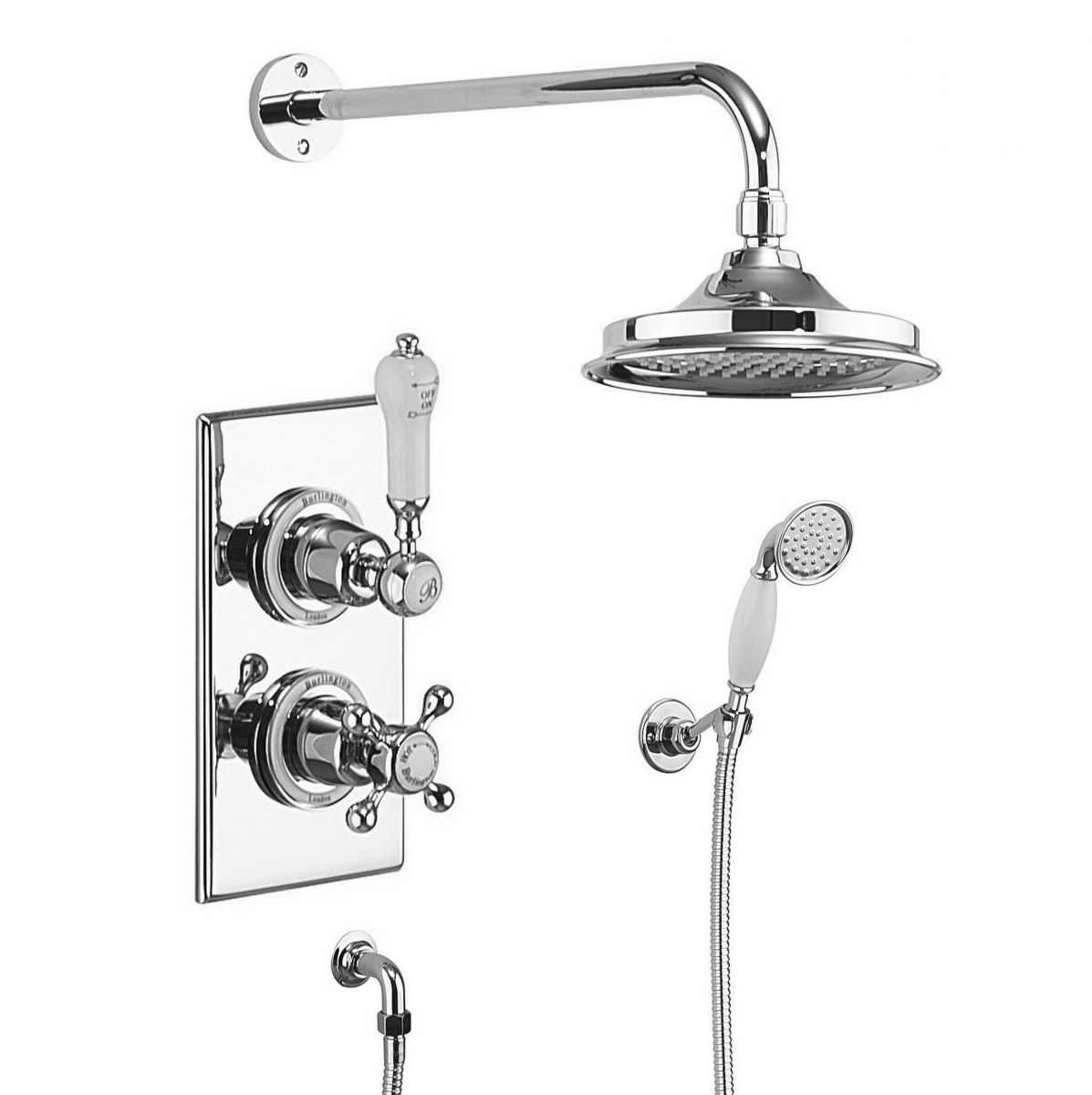 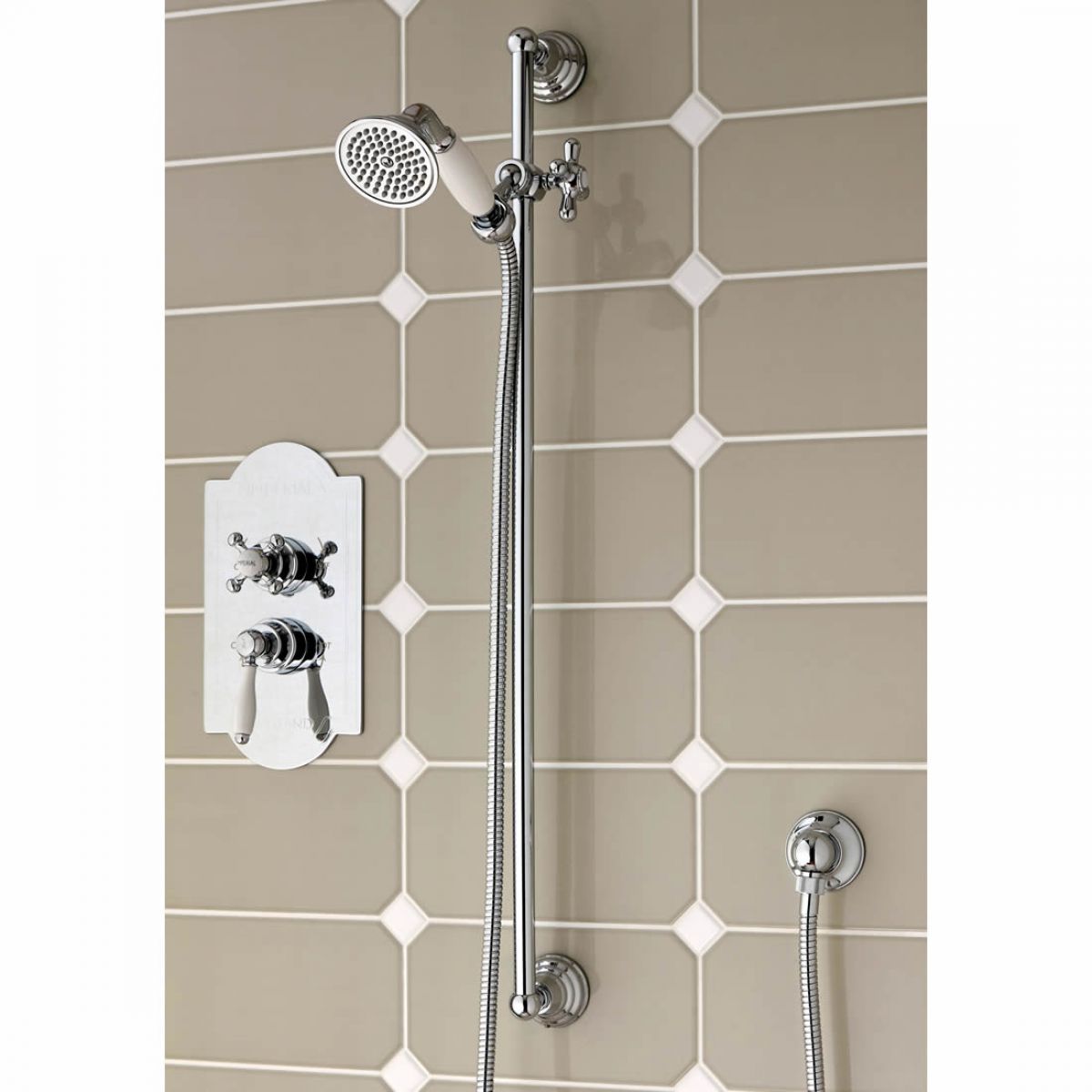 Lovely looking- some of the riser fixing a little flimsy. Very good service from Uk bathrooms

You can of course have more than one outlet on your new Victorian style shower, an overhead shower with a second smaller hand held hand shower is a very popular choice. We sell a variety of shower fixings from St James, Perrin and Rowe and Imperial Bathrooms with second handsets either wall mounted or mounted on the rail.

You are not limited to an exposed shower valve by any means, you can opt for a lovely looking traditional valve with a concealed design recessed into the wall. This also allows you to conceal a multitude of modern day technology behind the shower valves classical period features. Bathroom brands and Crosswater produce a wonderful range of Digital showers with traditional outer looks. This allows digital thermostatic control with led lighting to indicate thermostatic control, letting you know when the shower is at the desired temperature.

The video above demonstrates how simple to use and stylish Digital Showers are, consider one for your new bathroom

A traditional shaped shower head would be larger and curved, traditionally a large volume of water would have been fed into the head, with water dripping down through holes in the shower head ‘can’. Things have moved on quite a bit since then with showerhead technology, but this chunkier aesthetic can still be achieved. We would recommend the Crosswater Belgravia showerheads, the Hansgrohe Raindance Classic, or the AXOR Carlton Overhead Shower which has a lovely large diameter, a curved fluted lip and a wonderfully fully chrome face. The AXOR and Hansgrohe showerheads have easy clean anti lime scale rubber nozzles to keep the shower head cleaner for longer too!

Most traditional showers either have lever handles, sometimes with a white ceramic handle for a really authentic Victorian style. The other type is a crosshead handle control in varying styles sometimes with central branded indices and engraving ono the plate to indicated hot and cold or on and off positions. You can opt for an exposed Victorian shower valve, these are easier to install where recessing in the wall would be a problem, or you can choose a recessed traditional shower valve. Several brands produce lovely Victorian style valves such as Burlington, Imperial Bathrooms and Perrin and Rowe. These come with a variety of different back plate shapes, for example the Perrin and Rowe Traditional Shower Set Three has a striking angular back plate, its geometric form would complement an art deco or classical style bathroom wonderfully, just imagine it set alongside black and white 1920’s style bathroom tiles and an art deco washstand such as the Imperial Bathrooms Adare Washstand which has fantastic square profiles that would match the angular edges of the Perrin and Rowe valve plate.