Roper Rhodes Basin Taps, classic bath fillers and mini basin taps are all to be found in the Roper Rhodes Tap collection of brassware, sporting an array of styles and features. Browse our vast array of Roper Rhodes Bath Taps and Basin Mixers.

The ranges in the Roper Rhodes taps collections cover a broad spectrum of styles. From strong, masculine models such as Insight with its solid and chunky aspect, to the quirky aspect of Sign with its cutaway spout, these are well suited to the modern living space. Single and dual tap hole basins are catered for here, as are bidet mixers to give a coherent and complete look throughout the bathroom.

Bath fillers are a speciality of Roper Rhodes, with numerous options. Classic H shape bath fillers, with options for integrated shower options, can be applied to almost any bath with a suitable deck mounted area.

Basin and mini basin mixers come with numerous waste control options, with integrated click wastes readily controlled by a discrete lever. Tall basin mixers are the ideal counterpart for the surface mounted basin, as the Storm models demonstrate. With many models suitable for low pressure of 0.1 bar and above, they are compatible with almost any plumbing system.


Choosing the right Roper Rhodes taps for your bathroom

Bathrooms are no longer the unconsidered add-on; the drab room that made you want to get out of it as fast as possible. Homeowners now make bathrooms a central feature – rightly, because guests see them. That means that design has become as essential a part of the bathroom as it is of the rest of the house. But what is design? Well, let’s accept that there are two kinds of design: good design and bad design. Of course, you are only interested in good design – and so are we. And good design is something that reflects: The nature of the home itself, the personalities of the people who live there and an extra something that is difficult to define but that you know when you see it. In this respect, Roper Rhodes certainly reflect 'The spirit of the times.'

Our interest is in taps – but we are not going to tell you that taps the central design element in the bathroom, and that taps are what you should design your bathroom around. It’s better to think of taps as the finishing touch. They can make a visitor wide-eyed in delighted surprise; they can elicit the response: “Yes. Of course. Perfect;” or they can be so completely in tune with everything else that no one can imagine any other tap in that place. The first factors to consider, though, when designing a bathroom, are:The size and shape of the room

What matters in choosing taps?

The first things to keep in mind are purely practical: How many holes in the bath, bidet or basin? and what sort of water pressure do you have?. If there is only one hole, then you’re going to have a mixer tap which draws in both hot and cold water and delivers a mixture of the two at the temperature you fix by the position to which you open the tap. A two hole fitment gives you a choice: you can still have a mixer tap, but you can also choose to have separate hot and cold taps (normally known as pillar taps).

The question of water pressure is only slightly restrictive, as most Roper Rhodes taps will work on a low-pressure supply (0.1 bar upwards) as well as on others – but check with us before buying. 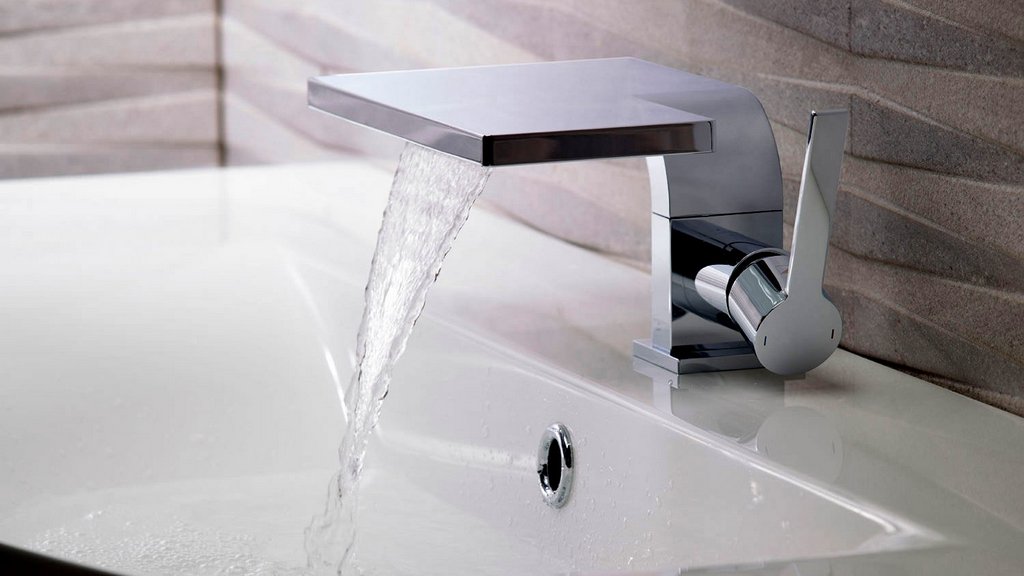 There are taps and there are taps. They are not all created equal. Here are some things you should know about Roper Rhodes when you’re deciding what taps you want to use:

Which Roper Rhodes taps are right for your bathroom?

What you can be sure of is that UK Bathrooms can supply you with the taps you really want – because, whatever you’re looking for, you’ll find it in the UK Bathrooms Roper Rhodes selection.

A design characteristic of Elate is the way it mixes strong, modern design with softer curves for a look that is modern, functional, and attractive. There’s an integrated click waste on the tap body, a neat and tucked-away way to get rid of waste water hygienically. Works well with plumbing systems of a minimum 1 bar water pressure. The rather neat Elate Bath Filler Pack is the one you need where the bath has no hole to fit the tap into. 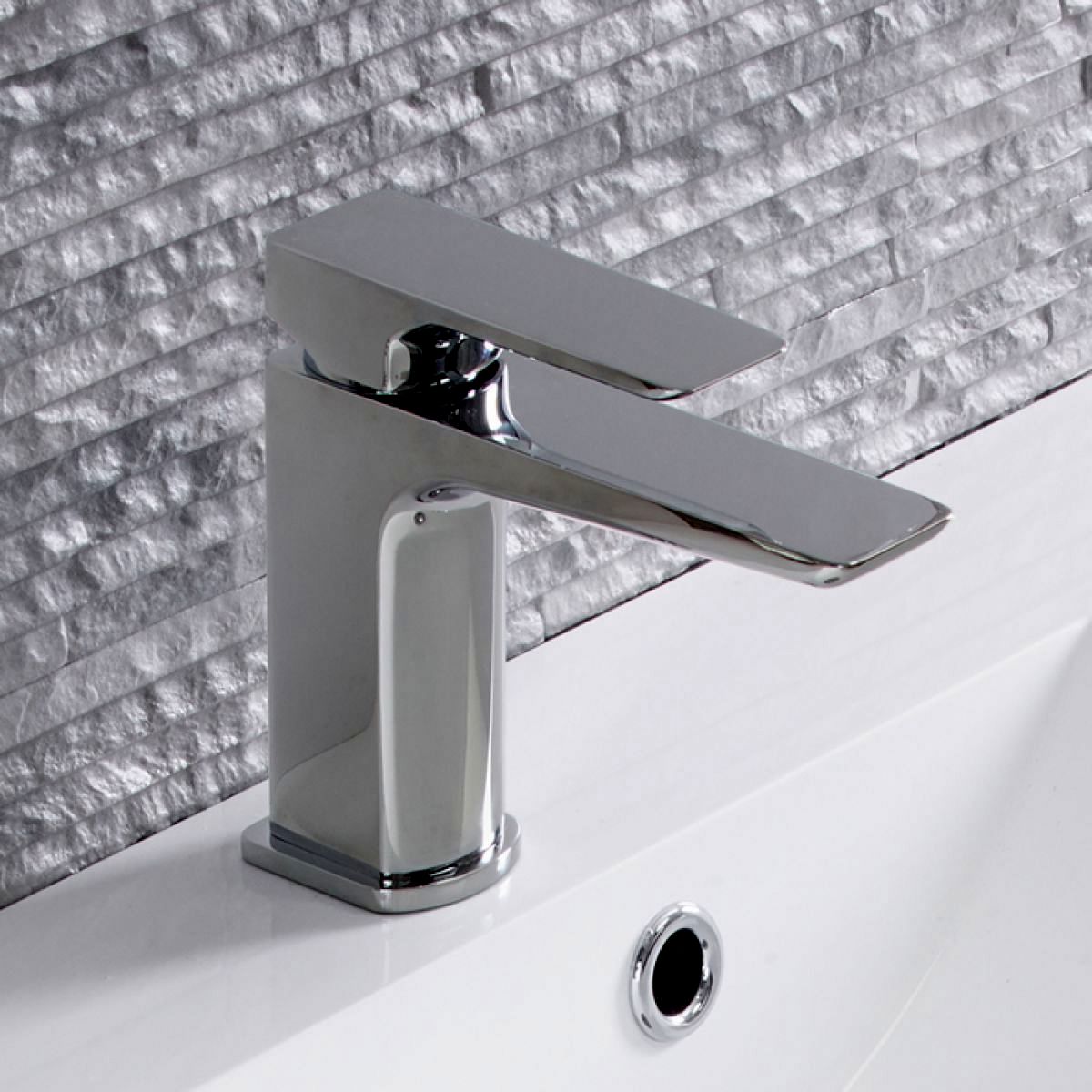 Factor is square and chunky, with some lovely design features (like the cutaway rear to the lever so that it can be raised to any angle you like). Ceramic technology including ceramic disc valve (instead of rubber washers) means these taps will never drip. All models are mixer taps; for single-hole, choose between standard size and “mini” (125mm high and 42mm wide and ideal for small and cloakroom basins), while the two hole model comes either as a standard deck-mounted bath filler tap or with and additional shower connection. Factor will work with standard plumbing and with many low pressure systems. The waste system utilises the ever-popular click waste system. 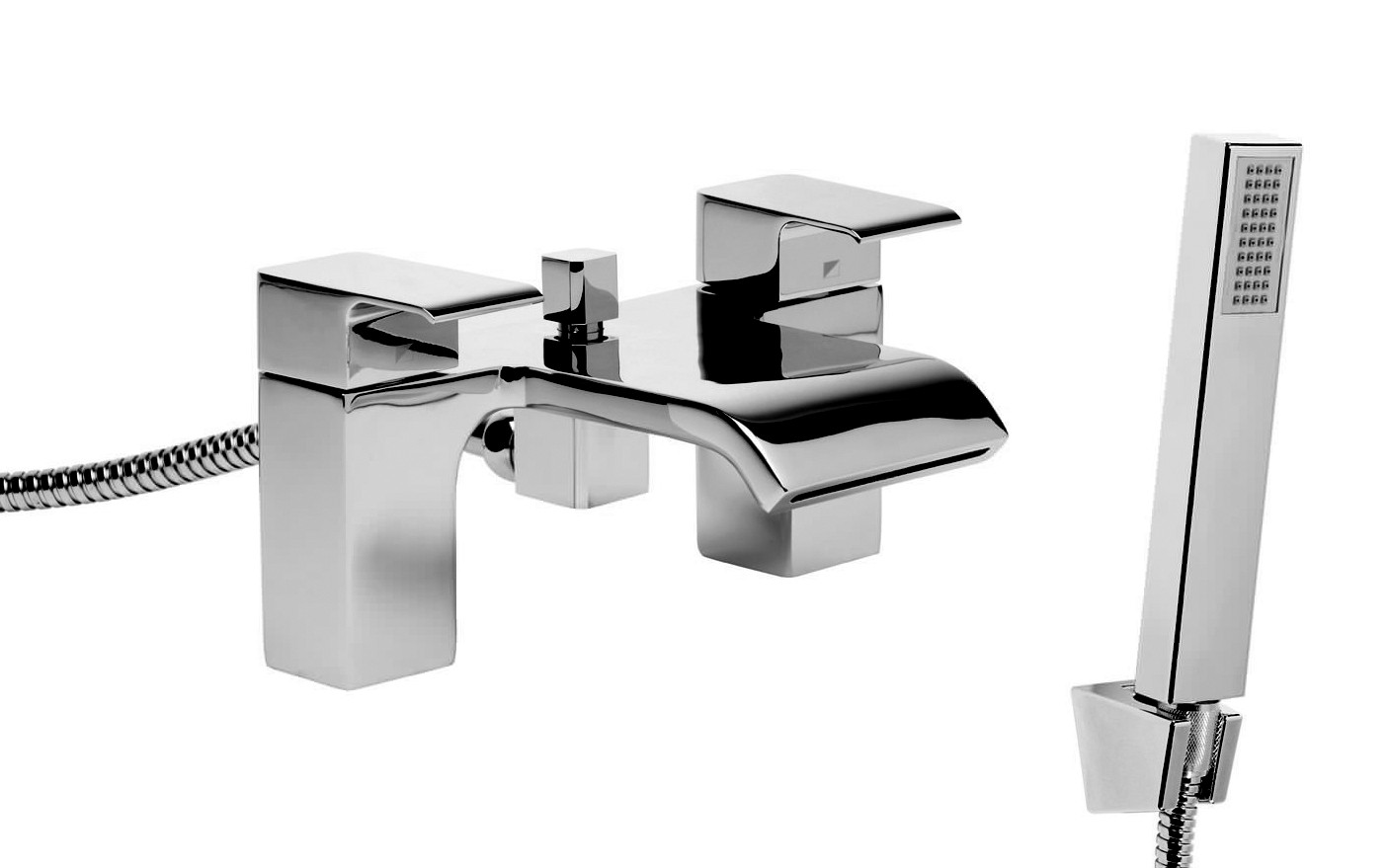 Now this is just perfect for the bathroom that cries out for a super-modern, leading edge design that still gives all the quality that is a Roper Rhodes by-word. The open-top spout design means you can watch water cascading into the basin or bath in much the same way as you might watch a spring flowing into a sheltered country pool. A flight of fancy? Perhaps – but Sign encourages the imagination. You’ll particularly love the filler set for mounting on a wall above the bath in cases where the rim of the bath itself is not drilled; the temptation will be to climb into the bath before it’s full so that you can watch the water cascading and imagine yourself in a warm tropical river paradise somewhere – but one with clean water and no crocodiles! There are four models to choose from (all are suitable only for high-pressure plumbing systems)

Storm is a large range of eight models, all with a tough, no-nonsense circular design. Ceramic technology ensures years of drip-free operation. Although pillar taps are chosen by fewer and fewer people (mixer taps are the general preference now), there is still a market for individual separate water sources and the Storm Basin Taps meets that demand to perfection. You buy these in pairs; like all Roper Rhodes taps apart from the Wessex range, they are single lever rather than the old-style “turning wheel” design because single lever gives you greater and faster control as well as being easier to manage by both the very young and those whose grip is impaired. This tap needs the normal higher pressure of at least 1 bar (check with your plumber if you’re not certain).Stream Range

A most attractively styled chrome range that combines unobtrusive bathroom style with water-saving capabilities and long-lasting ceramic disc technology and works with full or low pressure plumbing systems. There are five models to choose from spanning all aspects of bathroom brassware. 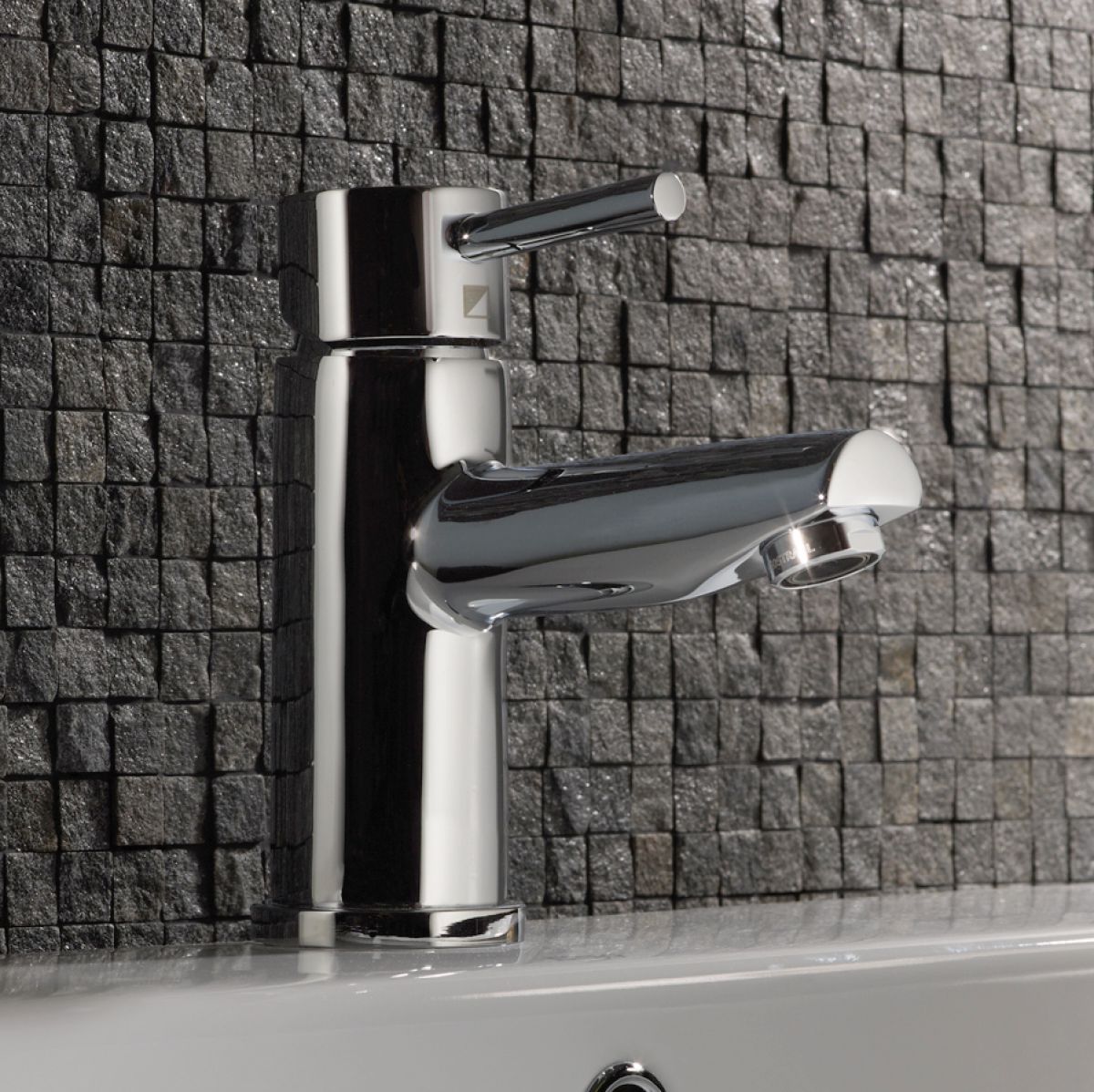 No-one should ever feel left out by Roper Rhodes designers, and the Wessex Range is designed for those whose design concept calls for a traditional “wheel-type” tap handle instead of the lever style that is ubiquitous today.


It’s only the appearance that is “retro,” however; as you would expect from an advanced designer like Roper Rhodes, the tap has the same quarter-turn temperature control facility as other Roper Rhodes ranges and comes with the latest ceramic technology and water-saving devices.

Another characteristic of the Wessex is the over-arching, curved spout that can be swivelled to place the stream of water exactly where you want it. Reliability is assured, and all Wessex models are guaranteed for ten years.